Frequently when you look at a process flow, there are stoppages in more than one place along that flow. This is also applicable to the TTZ process flows. What do you do when you come across a system that needs two improvements at the same time or even more than two? You use the Plumbers School of Lean Implementation.  The first image is what the ditch looked like when the farmer dug it… And what he still thinks it looks like before irrigation water (production) enters it. 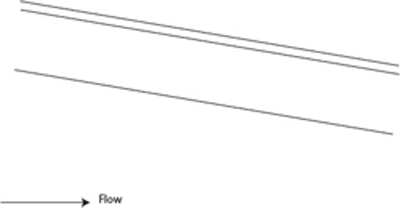 The next image is what the farmer thinks it looks like during irrigation (production). 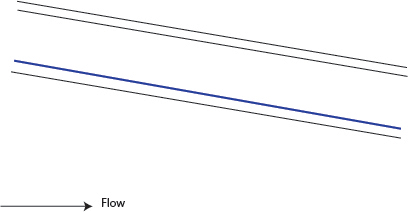 So these flow blockages make it  into the irrigation supply ditch.  And there are, say, three large piles in the ditch.  This is what it REALLY looks like!

There are roots and dirt and rocks & other debris in the ditch.  Some ditches have more things in them than others.

However, if you increase the flow at the constraint closest to the final customer, and then move upstream, you won’t have to wade through an even larger puddle at your second (downstream) blockage. You will already have fixed it. You can then more clearly “see” what you are doing at the current (bad pun intended… for educational purposes 😉 ) constraint because the downstream flows efficiently removing everything that clears the “current” remaining constraint closest to the customer. There is no puddle to wade through!

Then, you repeat at the next “closest major constraint to the customer”… like so. 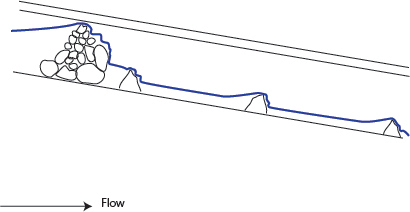 Now, with the major flow constraints gone… repeat with minor ones… 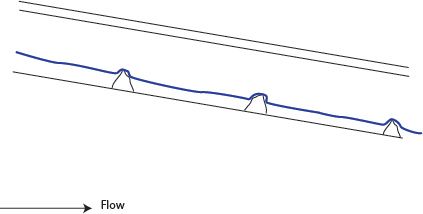 Eventually, the “farmer’s” flow actually looks & behaves like he expects it to…

It gets trickier when you deal across the entire organization, including both Problem-Solving Tasks and Information Management Tasks. See the TTZ Overview and the Dock to Marketing articles to clarify what to do when there are flow blockages across major tasks of the organization.